My good neighbor suggested, as I am an avid reader, that I post reviews of the books I read. And so I shall. 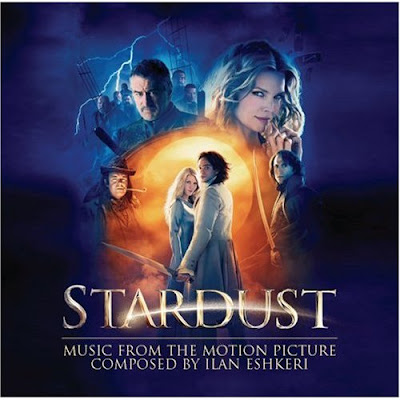 STARDUST
by Neil Gaiman
Tristran Thorn is in love. His love for Victoria Forester drives him, not only to wish on a falling star, but to embark on a grand adventure to find that star. Upon his successful return, the star will redeem for him, a kiss from Victoria and possibly a "happily ever after" with her.
What Tristran doesn't realize is that he is no ordinary, love-struck boy from the city of Wall. The mother he never knew is from Faerie, on the other side of the wall for which his city is named. Once he passes through the wall and enters this land of Faerie himself, the magical part of his heritage begins to become dominant and strange and wonderous adventures ensue. Tristran is ready for adventure and willing to do almost anything to return the star to Victoria. Its easy to relate to him, who is an unlikely and unassuming protagonist and is often just as surprised and entertained by the magic that surrounds him as we are.
With a little help from an unlikely travel companion, Tristran finds his star, who is spunky, self-assured and one we immediatley care about as a seemingly lost orphan, injured and fallen from the only home she's known. We soon discover Tristran is not the only one in search of such a prize. This particular star also holds the key to the throne of Stormhold, as well as a heart that beats strong with the promise of extended youth for a weathered witch.
But who will find the star first? And once found, who will be able to keep possession of it? There are some adventures to be had, but much of the potential for what I would term as "good fantasy adventure" is cut short by way of magic that carries Tristran through and above such opportunity. Unfortunately this prevents some much needed character development, even for some of the more minor characters. The author seems to have had the outline for an epic of sorts and just glossed over it. Mildly dissappointing.
As for the love story -- it is put on hold throughout most of the story to make way for adventure, and is adequately revivied in the return to Wall, in which all parties are rendered happy and, with a few clever surprises, loose ends are neatly tied for a satisfying conclusion to both a fun adventure and unexpected love story.
*** warning for ultra sensitive readers - there is some sensuality, mostly in the beginning. Nothing too offensive but surprised me a little. I would read it yourself before giving it to a teen or pre-teen.
Posted by Brownie Bites at 7:09 AM